THE FUTURE IS WOMEN? 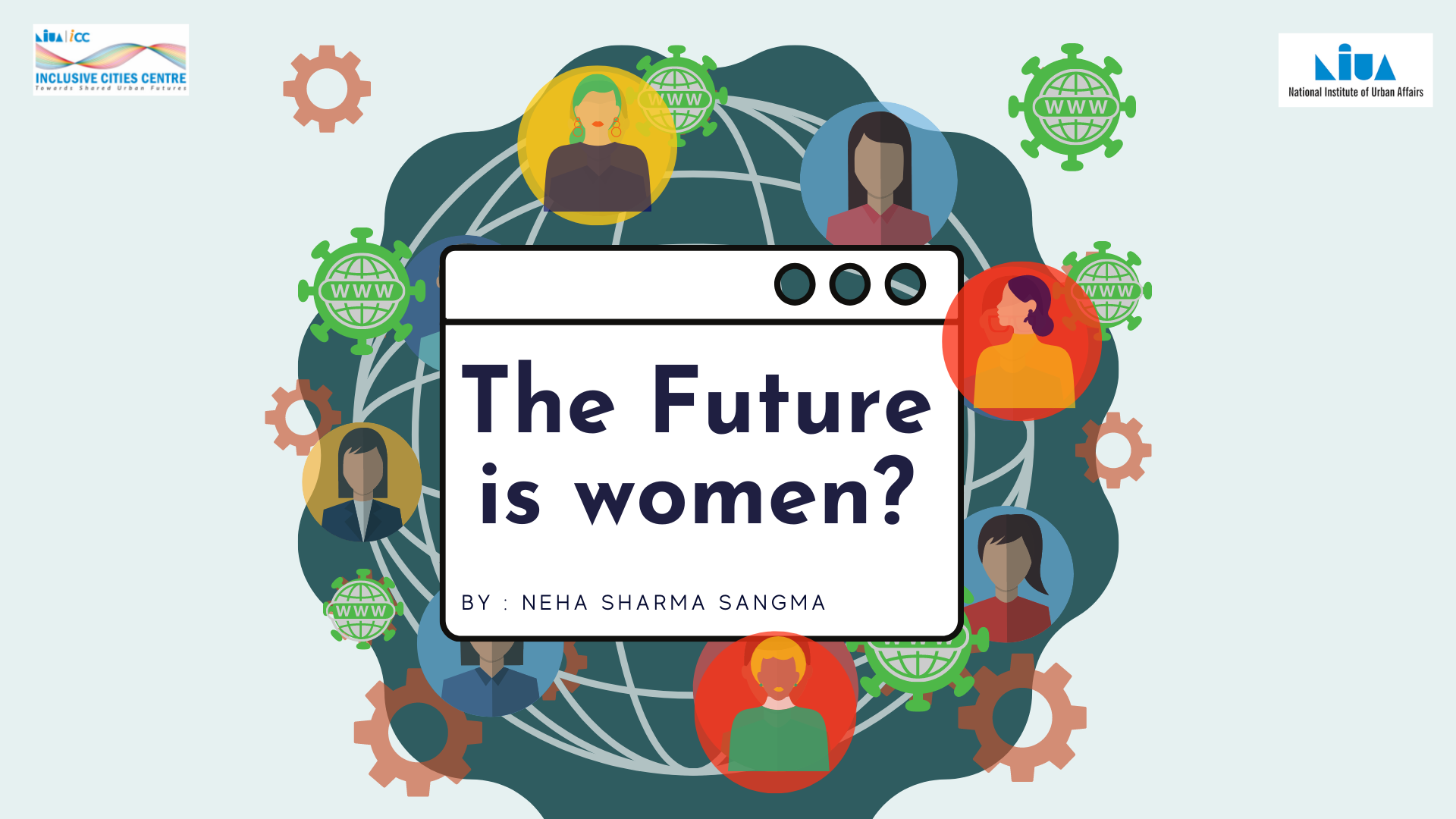 Gender discrimination exists in the digital world as well. Wow, that's a shocker. Women are nearly discriminated against at every level, so why leave the digital domain behind? Many additional socioeconomic gaps in Indian society are exacerbated by the digital divide between and within rural and urban areas. The digital divide in India, in fact, worsens social gender inequity.

Intra-household prejudice holds back women from having equal access to digital devices at home, which in turn widens the gender-based digital divide. Men are prioritized when it comes to mastering new technology, women likewise remain poor in technological skills. Even if they are allowed to use their phones, the male head of the family is in charge of internet usage in their home and online activity. To make matters worse, mobile phones are seen as a threat to women's reputations before marriage and are seen as an interruption to caregiving responsibilities after marriage. This illustrates patriarchy's presence in the digital realm. This also restricts what they can do with these devices and how long they can use them. In the Indian family dynamic, this inequality in digital access generates a dependency on the head of the family member, "the males”, for internet connectivity of mobile devices for women, who often rely financially on their spouses. Women's overall digital empowerment and freedom is harmed as a result of this (if it ever existed, it just got worse during the pandemic). Rani, who had just divorced in 2021, stated that the first wave of lockdown was "torture" for her and that she could have just as well had covid. She claimed that her husband would frequently beat her up, fabricating false suspicions that she was unfaithful to him by constantly messaging someone else. This led him to always be on the lookout and constantly check her phone, invading her privacy. The problem is aggravated in rural areas, where families do not allow women to own a smartphone, preventing them from accessing social media and educational materials and information.

Did the digital divide across gender groups impact the girl child's ability to join virtual classes at school? It did (if you didn’t already know the answer) According to a policy brief issued by the Right to Education Forum in January 2021, 10 million girls in India could drop out of secondary school due to COVID-19 [Desk, I. T. W. (2021, November 26)]. Due to the existing digital gap among students, for whom the key appeared out of reach, the abrupt transition from traditional classroom learning to online learning was like a lock for students from marginalized communities. Many of the girls who were in school before the Covid-19 outbreak stopped going since their families didn't want to spend their resources on their education because suddenly, survival seemed more essential. Rent, food, medical expenses, and other things only made it worse.In our upcoming blog post, we'll go into more detail about how this digital divide has expanded owing to covid.

Women in rural communities face a triple disadvantage. The rural broadband penetration rate is only 29%, compared to 51% nationally. Women in rural areas are less likely to own mobile phones across the states, with the rural-urban split narrowing in Goa, Kerala, and the Northeast, and widening in West Bengal, Gujarat, Maharashtra, Andhra Pradesh, and Telangana [Nikore, M. (2021, September 9)]. By limiting women’s freedom to use the internet, these villages also restrict the possibility of individual growth and evolution of perspective by blocking access to the digital global network. The sad thing is that though there are people and organizations fighting for the women’ cause, it isn't resulting in better outcomes for people who are affected. So it’s turning out to be a vicious cycle.

According to the A4AI (Alliance for Affordable Internet) report, Gender & Access AFFORDABILITY REPORT 2020 THEMATIC BRIEF “In December 2018, the ITU estimated that, for the first time, more than half the world was connected to the internet. And yet, with their update two years later, in December 2020, a majority of women remain offline. The digital divide has a deep gender gap within it — and connectivity strategies that aim for universal access must address this. The digital divide is sexist. "Digital inclusion does not exist without women’s inclusion.” 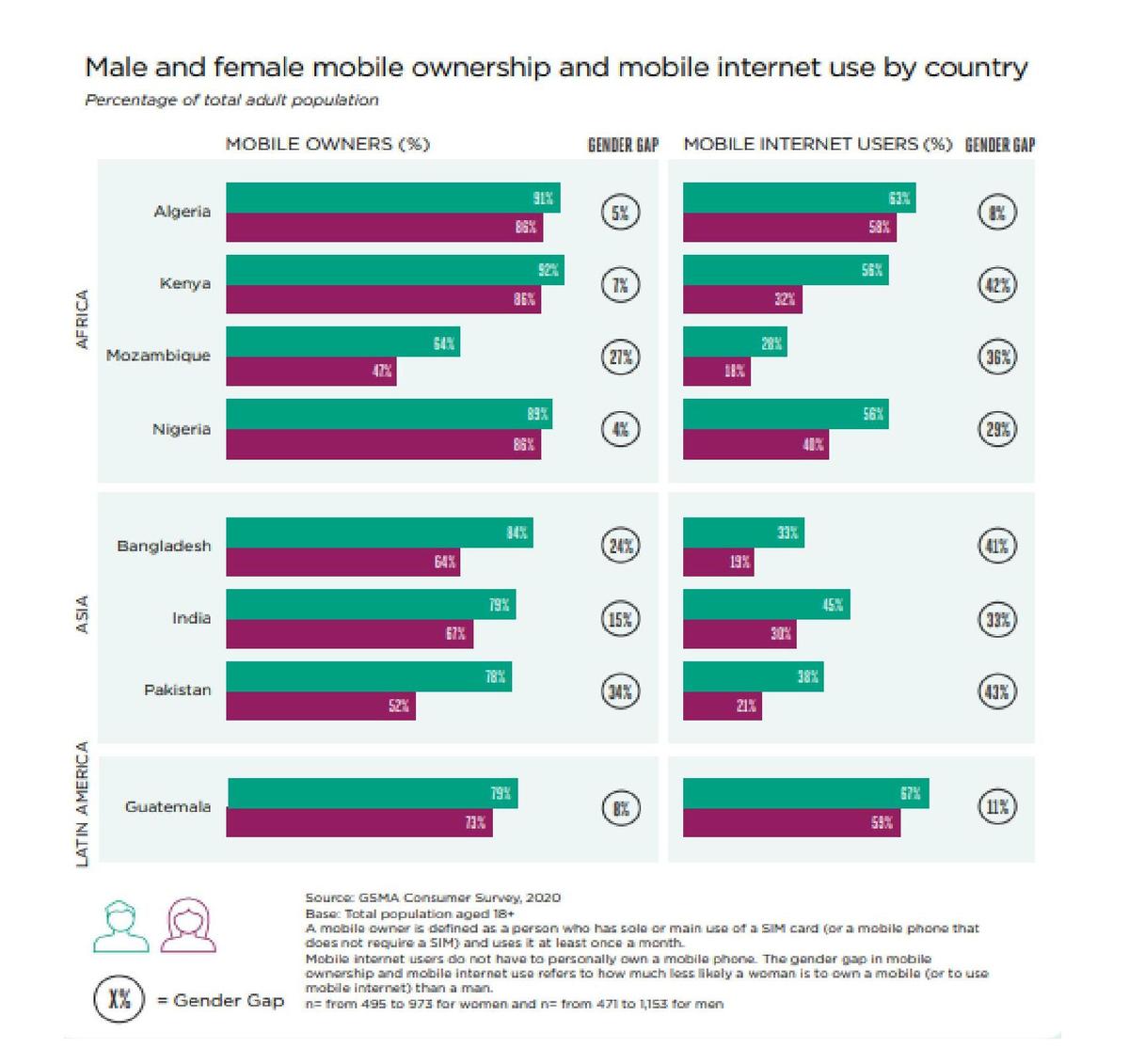 While it is undeniable that India as a whole is quickly digitizing, why should women be left out of the digital conversation. Women will have the knowledge and tools they need to actively engage & participate in the national economy if they have equal access to smartphones and the internet. Women with a mobile phone and access to the internet in general have access to a wealth of information and services relating to income generation, education, health, safety, and personal well-being. Women with access benefited from mobile technology during the pandemic by being able to receive COVID-19 information, remain in touch with their families during lockdowns, maintain their businesses where possible, and seek government and other support. Despite this, the women who are most likely to profit from mobile connectivity are the ones who are least likely to have it.

So, women are the future? There will be no "future for women" until women are granted basic rights on all levels. Only through concerted work and coordination across all stakeholders, including the mobile industry, development community, and the government, can we truly accelerate progress on this issue. As a result, it is critical to not only expand women's smartphone ownership, which aids in internet adoption, but also to expedite digital literacy programs and fight to eliminate gender-based digital discrimination.

Please read our next blog, "NO STUDY MAKES JACK A DULL BOY?" for detailed information on the what, where, and how there is an impact on children.