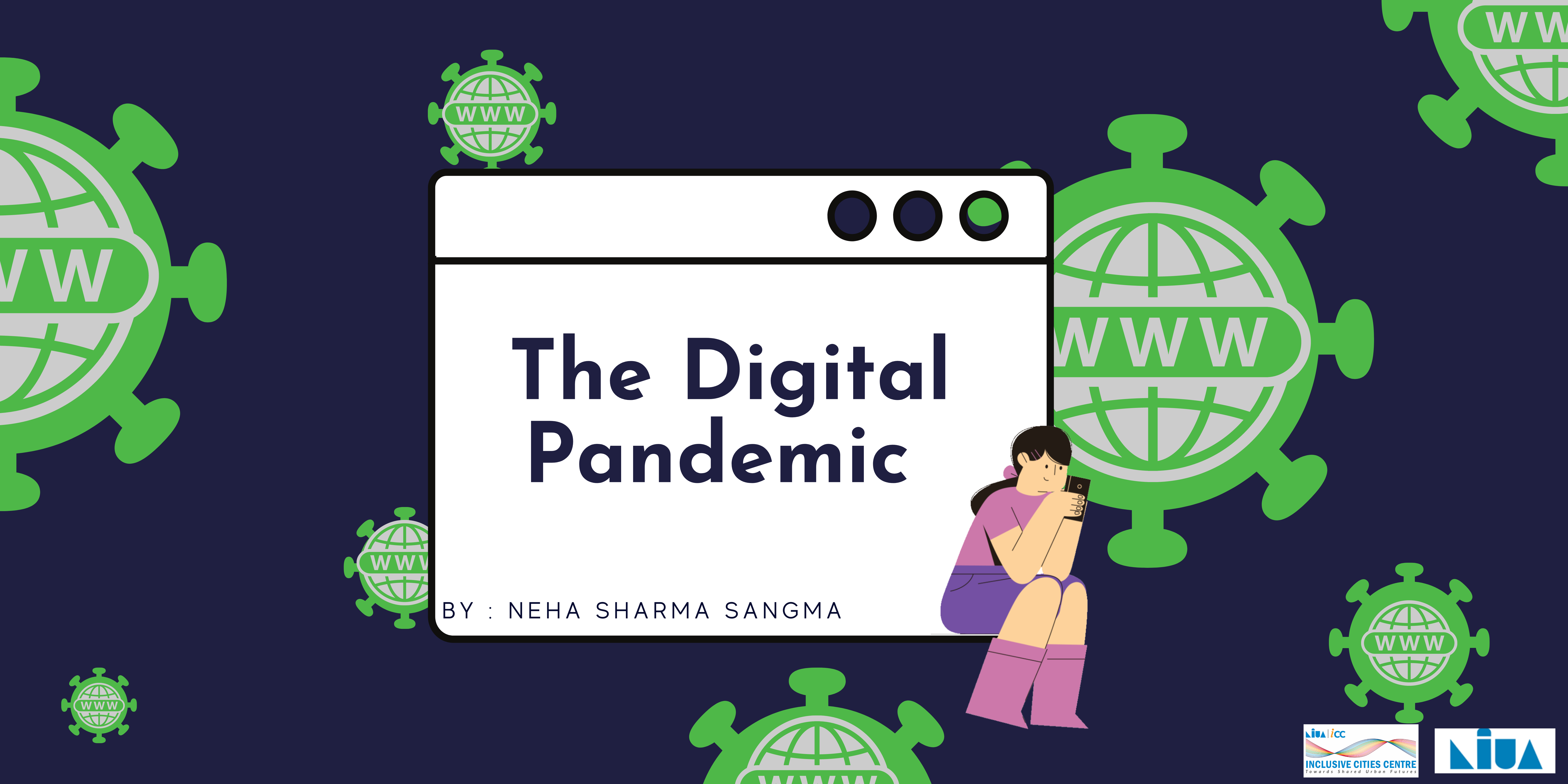 The COVID-19 pandemic has had huge effects on the daily lives of all individuals in some or the other way. Apart from the widespread lockdowns, preventive measures that isolated individuals, and huge impacts on the world’s economy, it changed the way we lived our everyday lives to a great extent. Everything is done online, from grocery shopping to office work to school classes, ensuring people's safety and comfort at home. For example, shopping apps like instamart and zepto blew up during the pandemic.

Stable internet access also provides consistent access to up-to-date information about the COVID-19 crisis (assuming you're lucky enough to have it, that is, the Internet rather than the virus). Regional infection rates, testing facility locations, oxygen langars, and hospital bed availability are all important factors to consider.

Covid was unpredictable, and the sudden shift to an online mode of living accentuated various inequalities existing in our society. At the forefront was the digital gap, due to which half of the world's population is denied access to digital education, jobs, and participation in modern life.

In India, there was already a digital gap prior to the pandemic and it has only widened as a result of the COVID-19 pandemic. “India has more than 630 million internet subscribers. But for every Indian who has access to the internet, there is at least one who does not, and that person is most likely living in a rural area” [BBC News (2019, October 17)]. Given that about 66% of India's population lives in rural regions and that internet connectivity is limited (not even counting tribal areas, hilly areas, and disturbed areas like Kashmir where having an internet connection is like seeing a unicorn).

The connectivity and opportunity provided by digital technology could benefit marginalized and vulnerable communities the most. The rural-urban migration is driven partly by push factors such as better healthcare facilities, job opportunities, and education in cities. Instead of uprooting their entire lives from their houses, we could develop pockets of quality living if they were provided with a digital medium, such as video-call healthcare facilities from super specialty institutions like AIIMS and virtual classes by higher education institutions. We can empower them to do a lot more. India will be able to develop and flourish more efficiently as a whole if the digital divide between rural and urban areas is bridged.

In India, according to the National Sample Survey (2017-18), there is a significant gender, class, and digital divide. In India, only 23.8 percent of homes have internet connectivity (P. (2020, August 27) ). Furthermore, when it comes to access to utilities such as the internet or smartphones, there is a significant rural-urban divide (s). Although rural India accounts for 66% of the population, only 14.9 percent has access to the internet, compared to 42 percent in metropolitan areas (Y. (2021, February 28) ). There is also a gender divide in terms of access to information and resources. Females account for only 16 percent of the population with access to the mobile internet, whereas males, who are the predominant users, account for 36 percent of the population with access to the mobile internet. Gender gaps in both mobile ownership and mobile internet use tend to be greatest in rural areas and among certain populations, including those with lower literacy levels, low incomes, disabilities, or over the age of 55 (GSMA Connected Women-The Mobile Gender Gap Report 2021).

When it comes to the elderly population, India's elderly population is expected to grow 41% over the next decade, reaching 194 million in 2031 (Zompa, T. (2021, August 6) ), and has been affected by the worst of both worlds, namely the virus and lockdown measures, has reaped the smallest benefits from these digital solutions. The "digital divide by age" refers to a long-standing disparity in access to and knowledge of new technology. While this issue is not new, it has resulted in a substantial percentage of the population suffering from the ill effects of the crisis and being unable to use many of the digital tools put in place to assist them during the COVID-19 pandemic.

The pandemic has also prompted many employers and their employees to adopt a virtual work environment that allows them to work from home (WFH) For some, it is a blessing, while for others, it is a source of stress. From constructing a work area to obtaining high-speed internet, there is a lot to consider. Other variables, such as the necessity to share computer resources, also play a role, ultimately putting pressure on socioeconomic issues.

Anecdotal evidence shows that there has been a reduction in the concentration of workforce in metropolitan/regional centers and dispersal to smaller cities across the country, which offer stable internet connectivity. The remote location of workers in smaller cities has a multiplier impact on the local economy since these workers have higher spending capacity.

In this blog series, we'll take these ideas and expand them into three major parts of society that are most affected by the digital epidemic, i.e, education, women, and the elderly population, in depth.

Please read our next blog, "The Future is Women?" for detailed information on the what, where, and how this has an impact on women.